2019 Project of the Year Nominee - Under $20 Million - Southeast Region 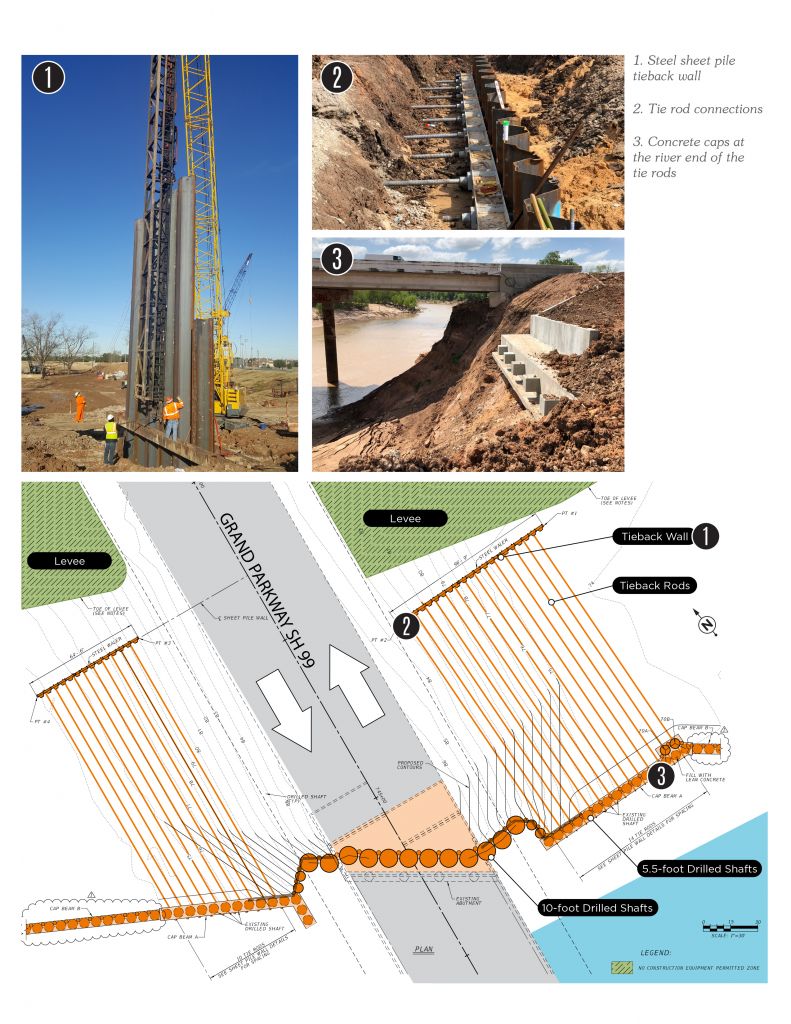 Extreme rainfall events in 2015 and 2016 had accelerated erosion along the Brazos River at the eight-span, 1,200-foot-long Judge Jodie Stavinoha Bridge on SH 99. Located on the southwest side of the Greater Houston region, SH 99 is a major transportation link in Fort Bend County serving more than 25,000 commuters; it crosses the Brazos River just north of IH 69. As a result of these storm events, the north bank of the Brazos had moved 90 feet and was within 40 feet of the bridge’s north abutment, the final support for the bridge’s structure. With the 2017 hurricane season approaching, the Fort Bend Grand Parkway Toll Road Authority began a project to preserve and protect the abutment. Unfortunately, this project was no longer viable when the Brazos became engorged with a record 55.2-foot flood level.

As the area’s residents sought shelter from four days of torrential downpours and fled unprecedented waters levels in the rising river, the Authority’s leaders, BGE engineers, and field crews sprang into action to develop and execute an emergency bridge closure and detour plan.

When the storm waned, the bank of the river was now within 10 feet of the north abutment, rendering the original construction project that began in July, impossible to construct. With time of the essence, the Authority requested a new design to protect and save the bridge. Within four days of Hurricane Harvey’s departure, BGE began working around the clock to develop conceptual designs.

This project provided an opportunity not only for innovation, but also for the engineering world to show communities how ingenuity, professionalism, and perseverance, even in challenging, rapidly evolving situations, is possible.  In saving the Stavinoha Bridge, BGE made a lasting positive impact in the life and economy of the region. 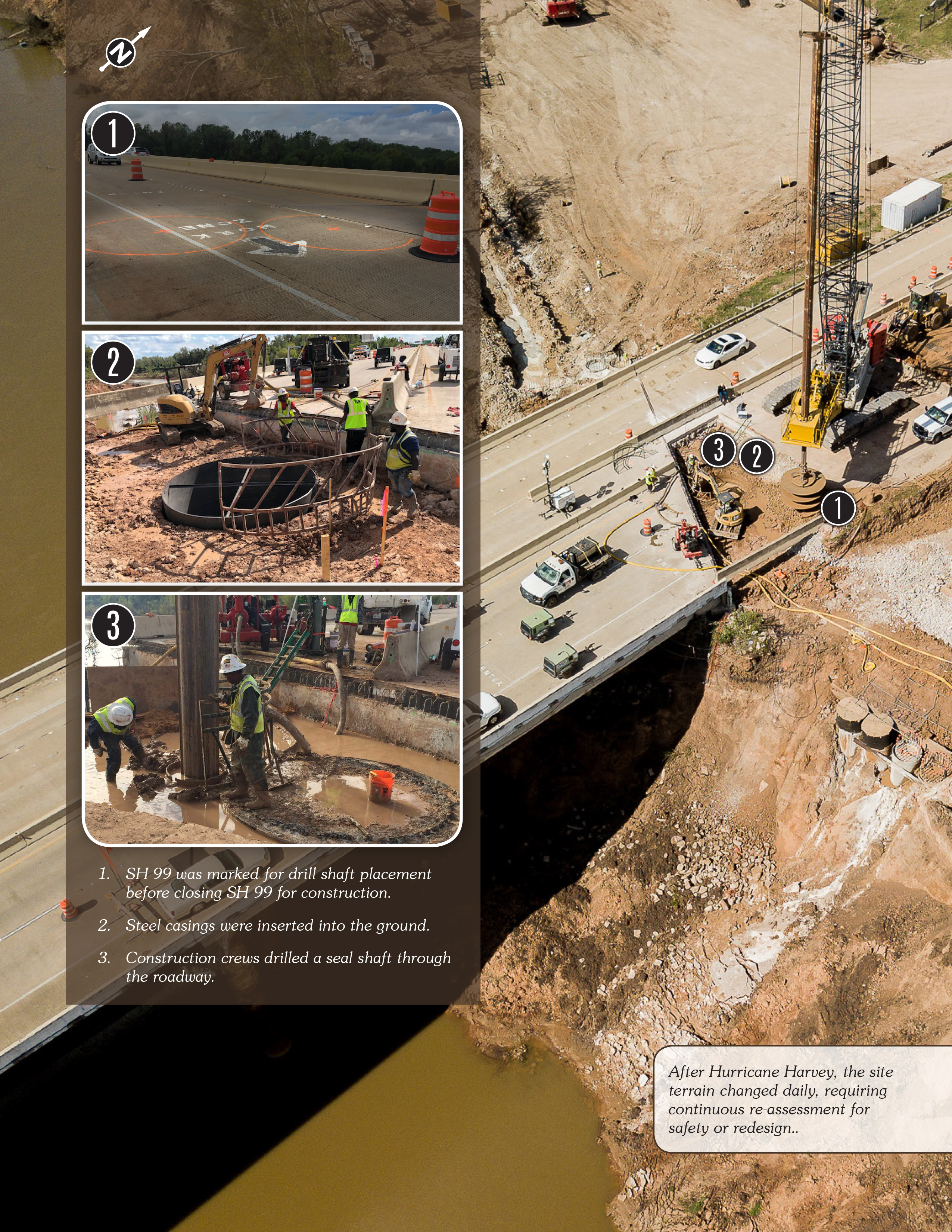 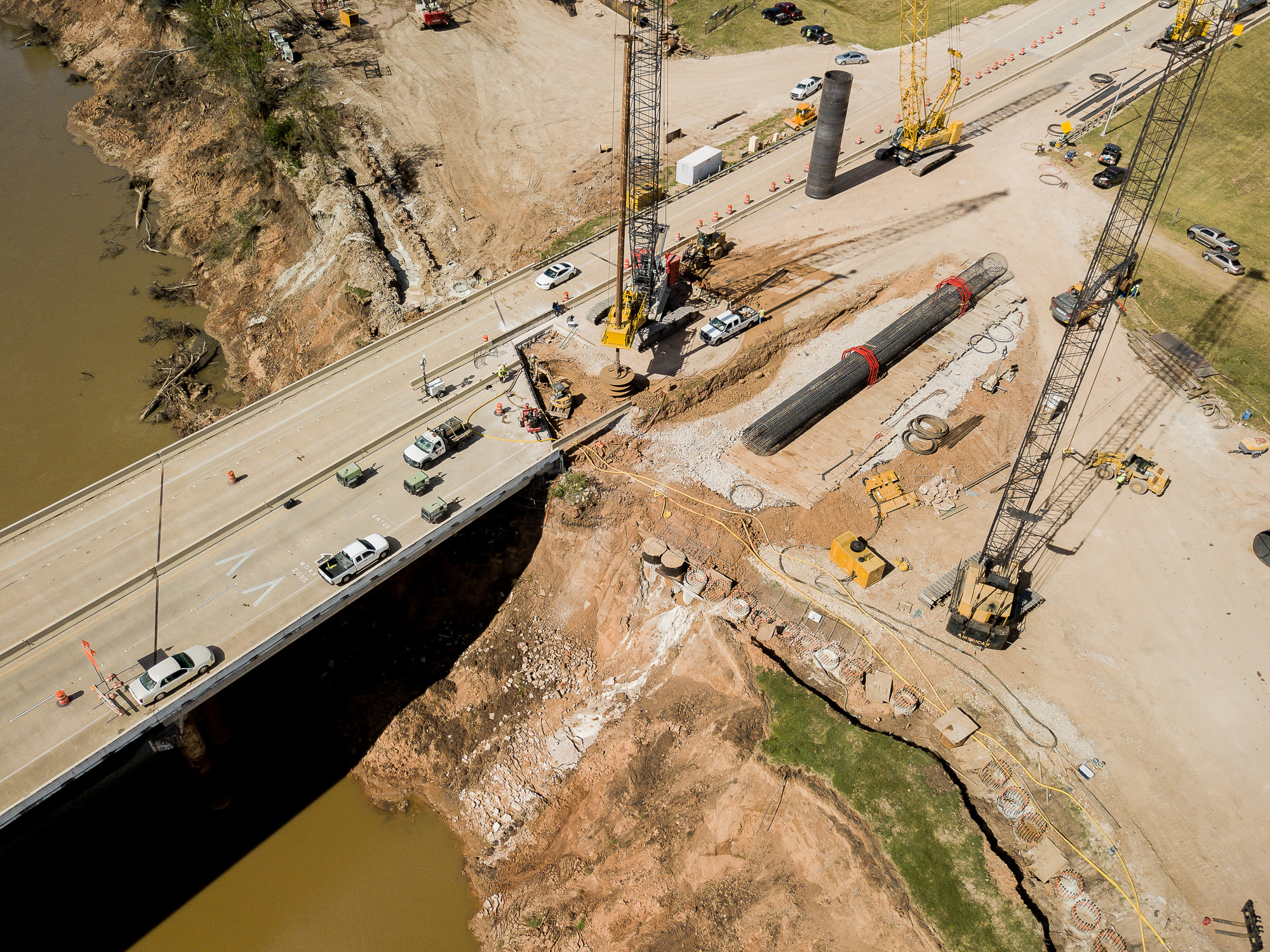 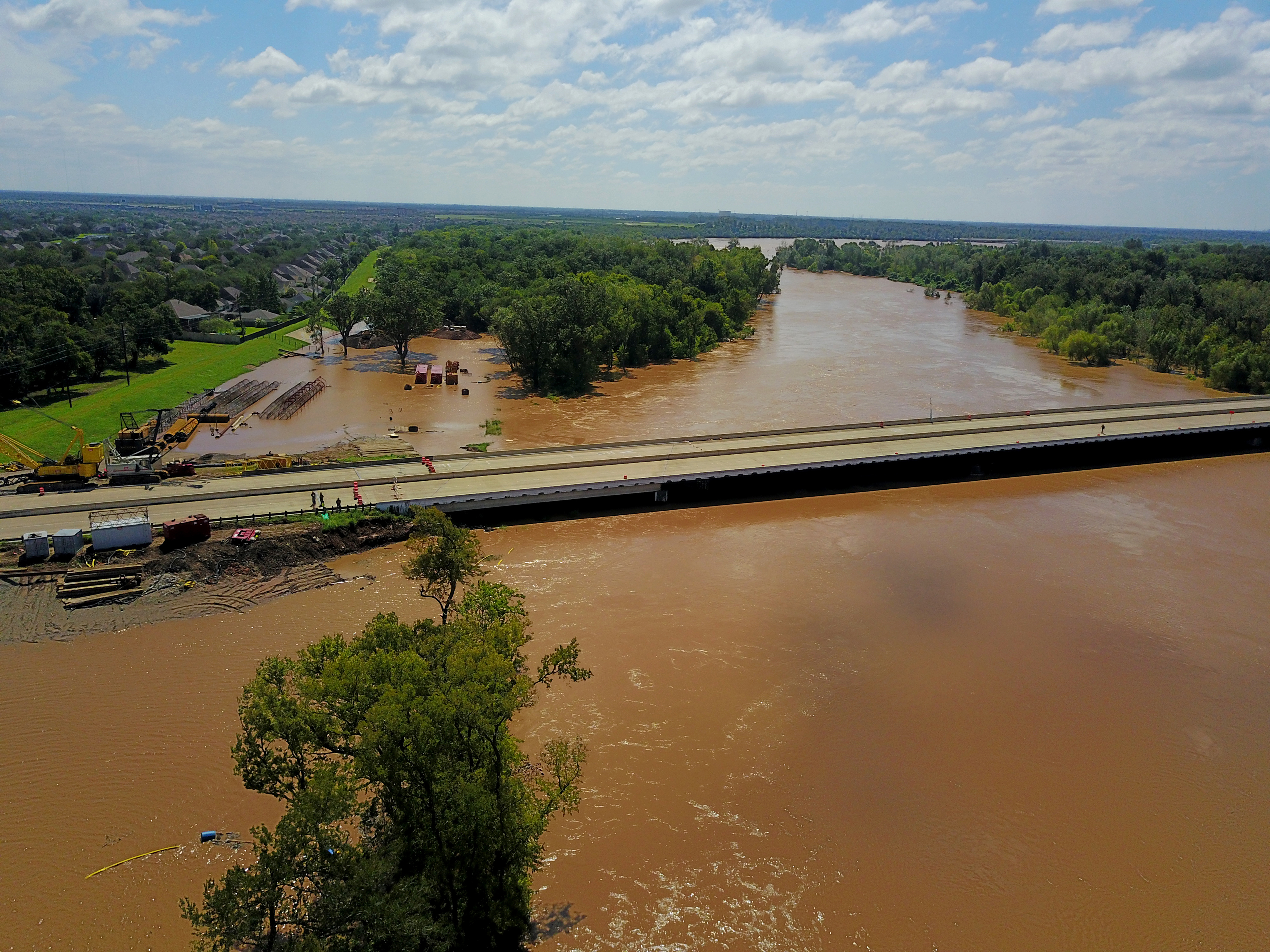