2019 Project of the Year Nominee - Over $20 Million - Southeast Region 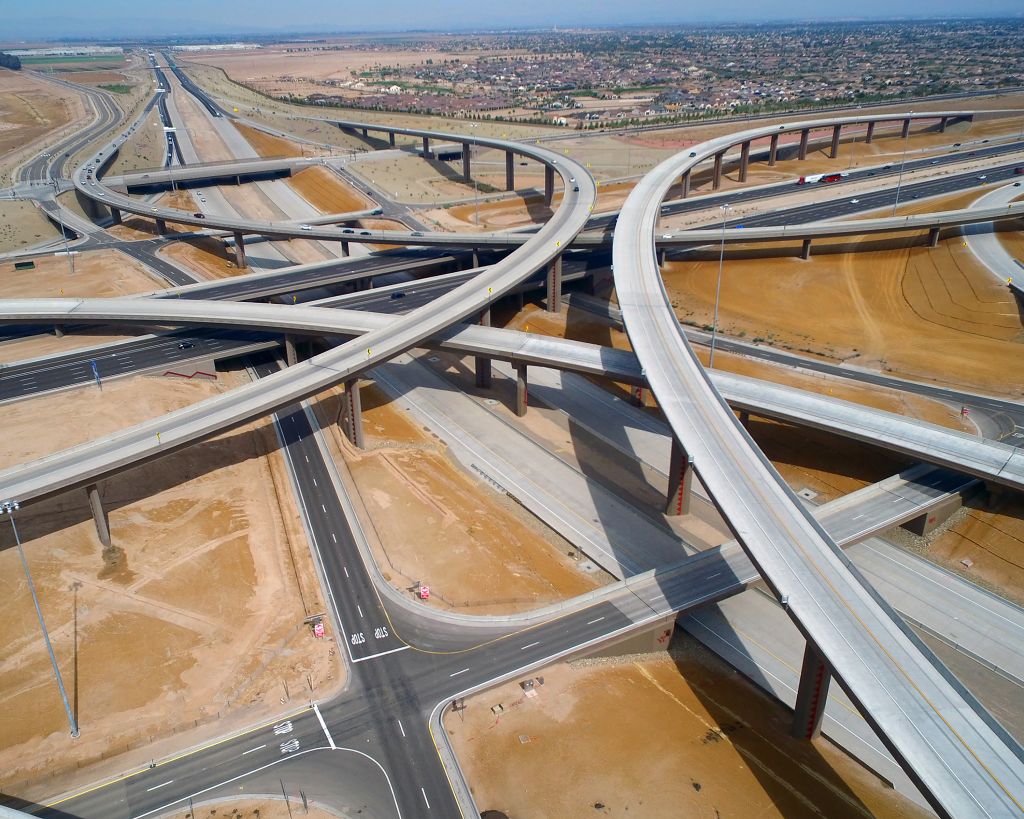 The recently completed multi-directional Interstate 10 (I-10)/State Route Loop 303 (SR303L) is the largest system traffic interchange (TI) in the state of Arizona. It completes a major component of the Maricopa Association of Governments (MAG) Regional Transportation Plan (RTP) Freeway Program. The TI is the anchor for the 40-mile SR303L and its completion opens a new corridor for West Valley economic development. As Arizona’s only five-level TI, it includes fully-directional ramps and an embedded one-way frontage road network to serve the arterial street system surrounding it. Phase I constructed two flyover bridges and the frontage road system, which was a unique design in Arizona that increased the overall footprint of the project to yield the largest system TI in Arizona. The frames of the two additional flyovers were later constructed over the realigned I-10.

The project includes 14 bridges with multi-span freeway ramps 75-feet above the existing grade. Phase II included completion of the SR303L directional ramps to the south of I-10 and the construction of the SR303L from its current termination just north of McDowell Road, to Van Buren Street. Major scope included excavation, aggregate base, PCCP, asphaltic concrete pavement and the construction of eight cast-inplace, post-tensioned box girder concrete bridges.

Phase I, connecting I-10 with SR303L to the north, began in April 2009 with construction starting in November 2011 and the ribbon cutting ceremony in August 2014. Funding for Phase II became available sooner than anticipated, allowing the project to advance. The final design connecting I-10 to the existing Cotton Lane south of Van Buren Street began in November 2013 with construction starting in February 2016. The completed interchange opened to traffic in October 2017. 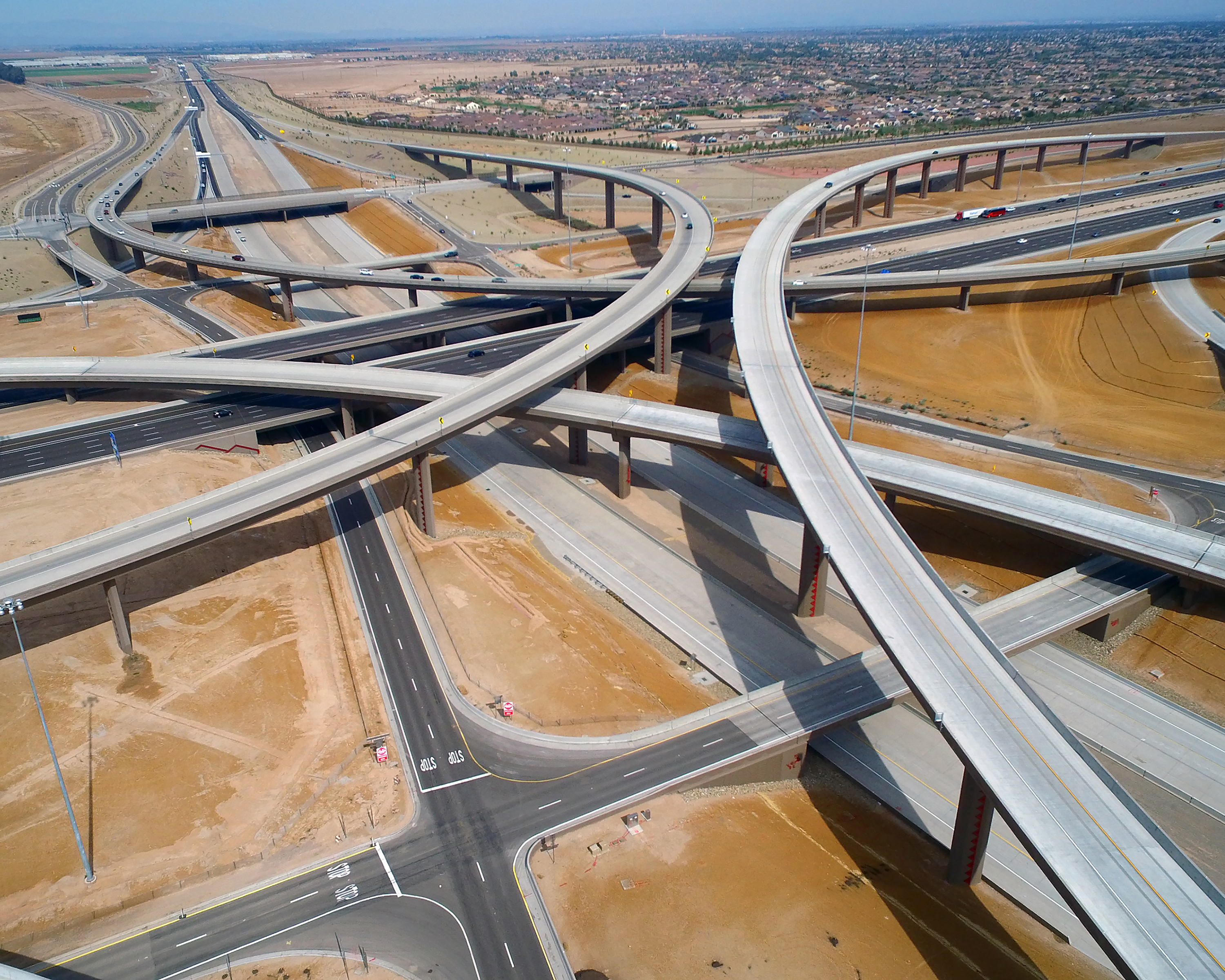 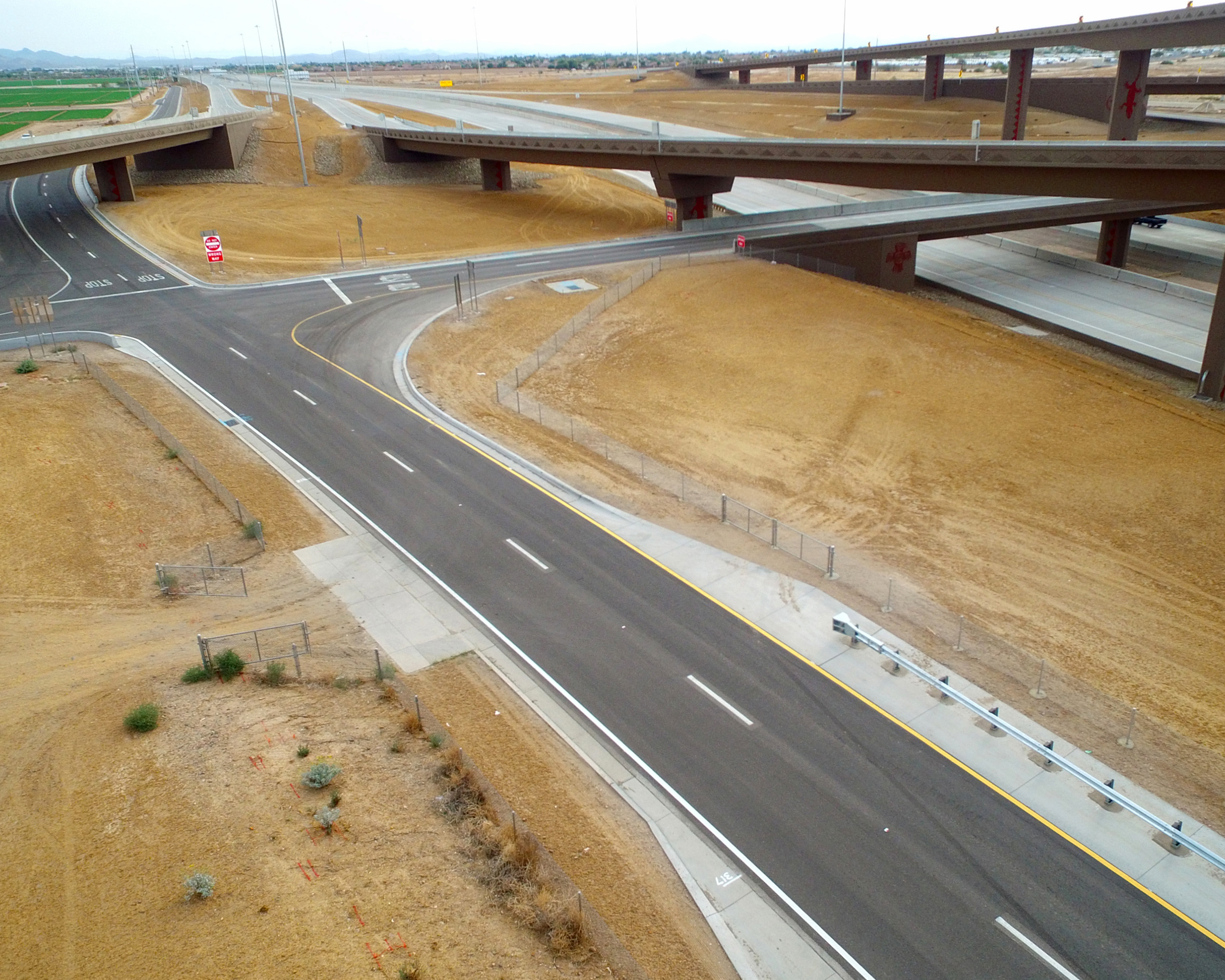 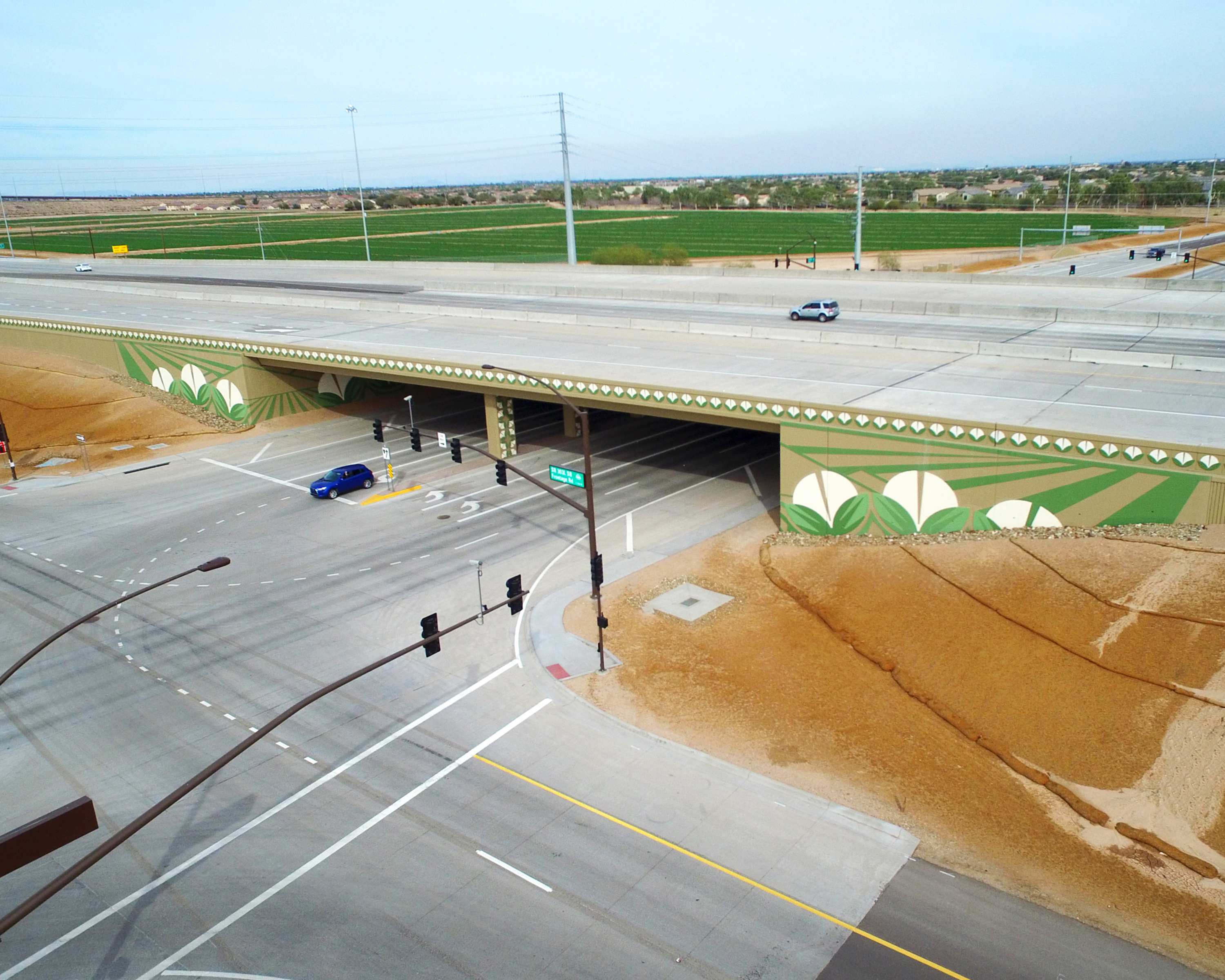 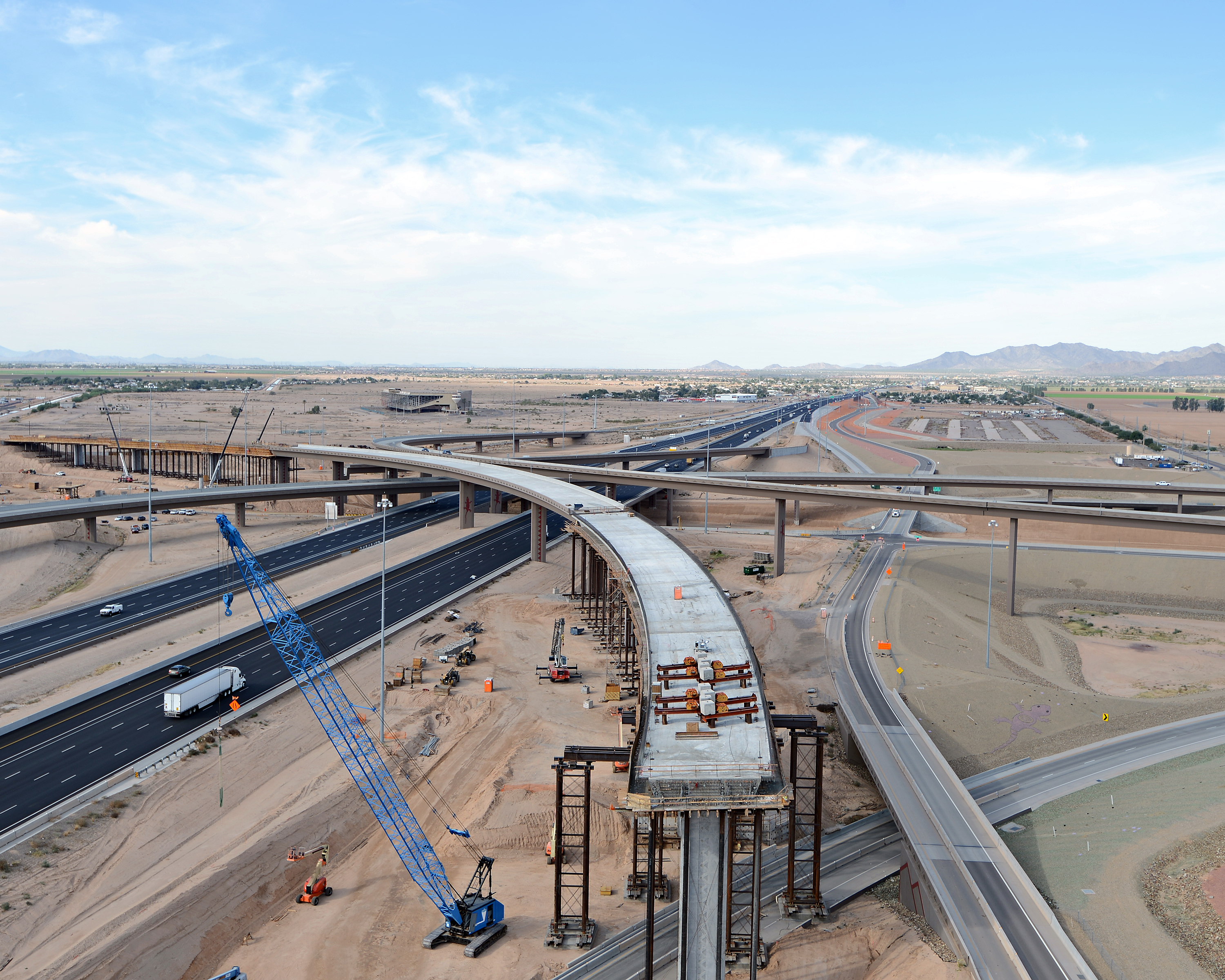 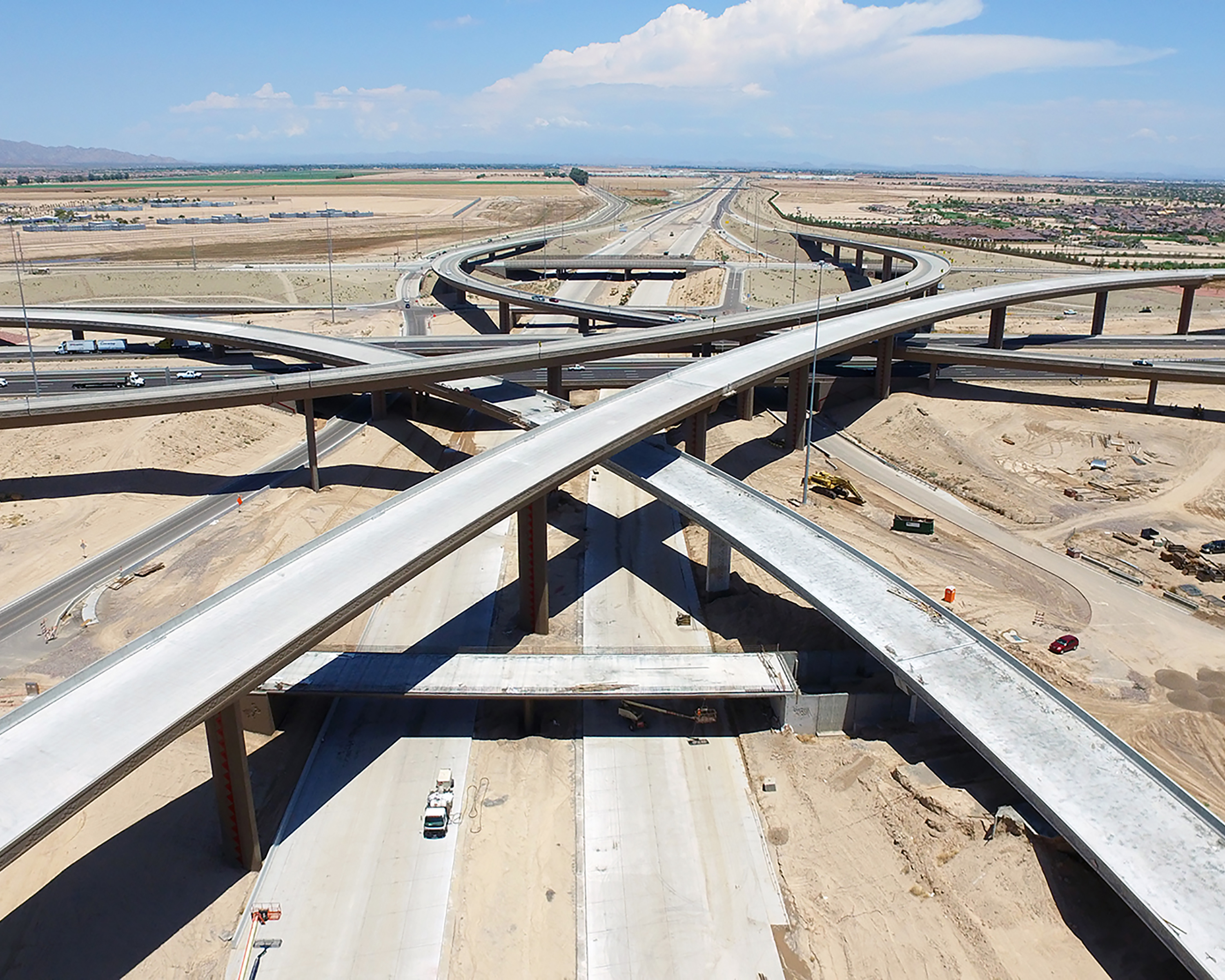