2019 Project of the Year Nominee - Over $20 Million - Northeast Region

Submitted by the XXXX Section 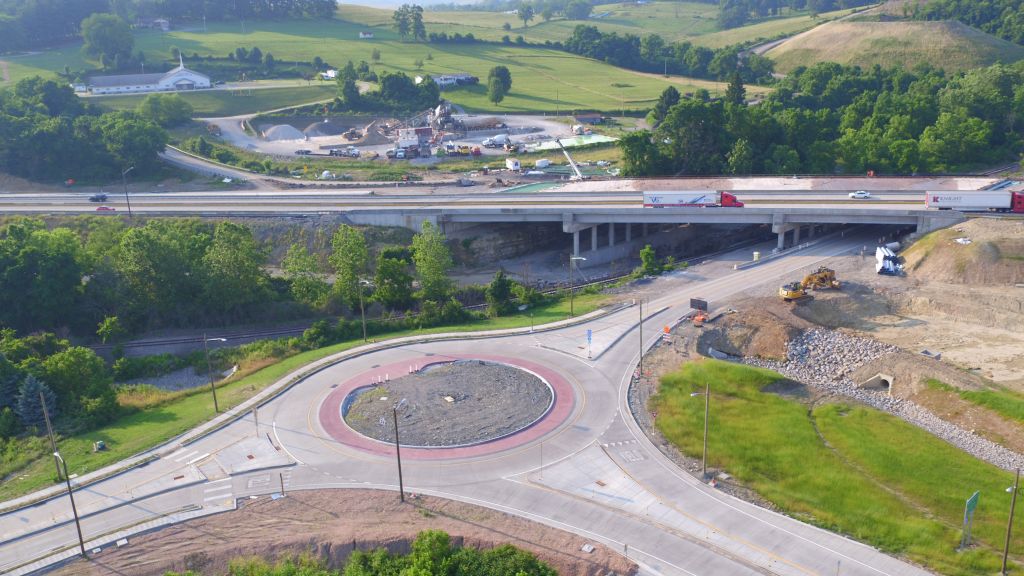 The Bentleyville Interchange Project included a number of innovative ideas, new technologies and cost saving elements that led to a very successful project. PennDOT District 12-0 is the owner, the prime consultant is ms consultants, inc., and the contractor is Golden Triangle Construction, Inc.  Completion is scheduled for December 2018 for this project that encompasses the reconstruction of two mainline interchanges in Washington County, PA.

The project is located in three municipalities: Somerset Township, Fallowfield Township, and the Borough of Bentleyville and includes: median and shoulder widening, curve realignment, on- and off-ramp reconstruction, extension of acceleration and deceleration lanes, and reconstruction and paving of over 9,000 feet of S.R. 0070.  S.R. 2040 was realigned and reconstructed for nearly 5,000 feet, and included the addition of a center left turn lane and sidewalks.  S.R. 0917 was also reconstructed for nearly 1,200 feet and was realigned and raised over S.R. 0070.  The project included removal of two interchange ramps.  Alterations to S.R. 2044 were required, including a total combined reconstruction of 1,800 feet of local roads: Carlton Drive, Meadow Drive, Lancaster Street, South Alley, Hillman Street and Miner Street.

The project also included the removal, replacement, and/or extension of several structures.  The S.R. 0070 mainline bridge was replaced with a 3 span, 345 foot long structure, carrying traffic over Pigeon Creek, S.R. 2040 and the Norfolk-Southern Railway. A mainline bridge carrying S.R. 0070 over S.R. 2023 and a bridge carrying S.R. 2023 over a stream were both eliminated.   The S.R. 0917 bridge over S.R. 0070 was reconstructed and three large culverts were extended. 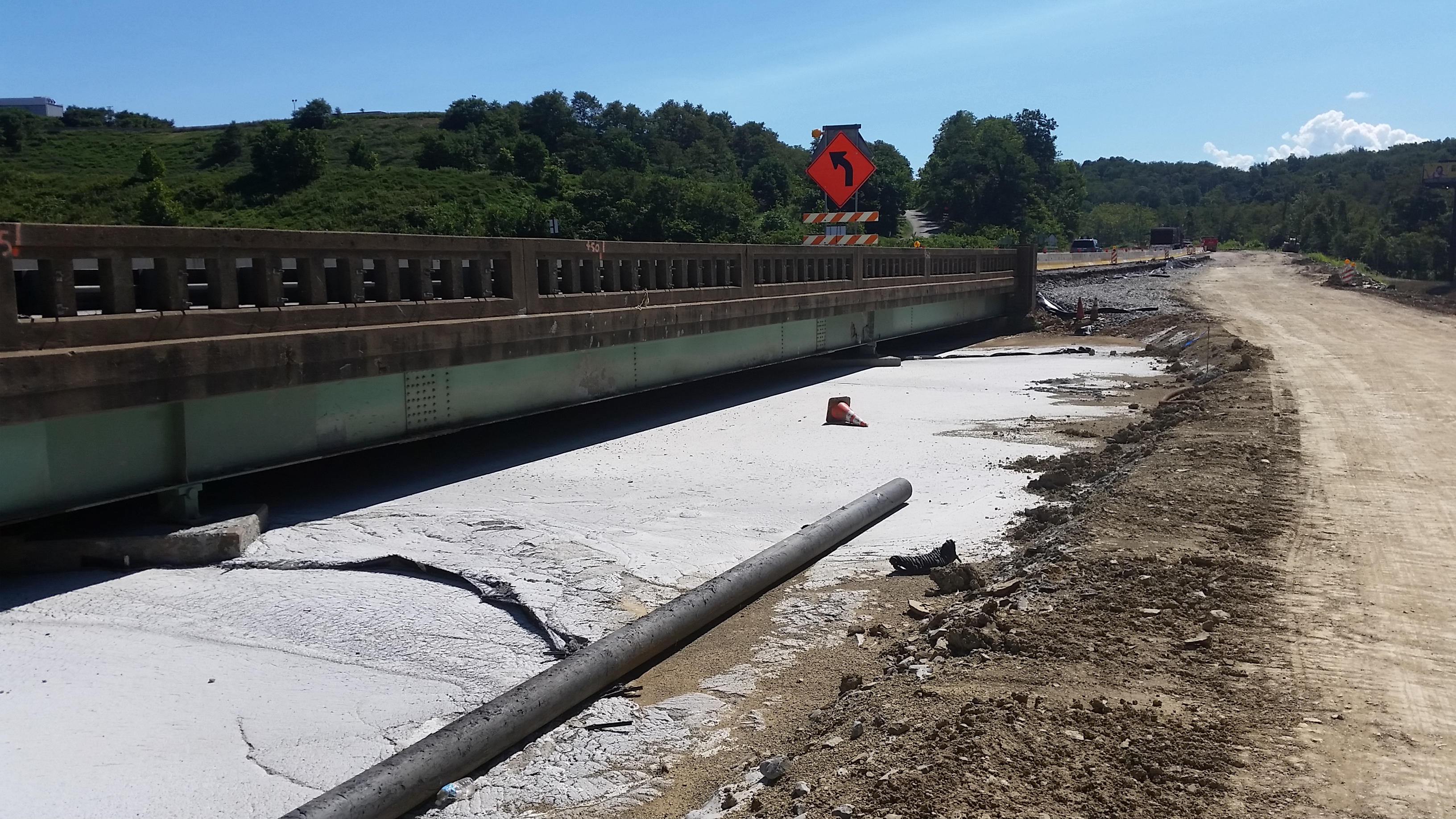 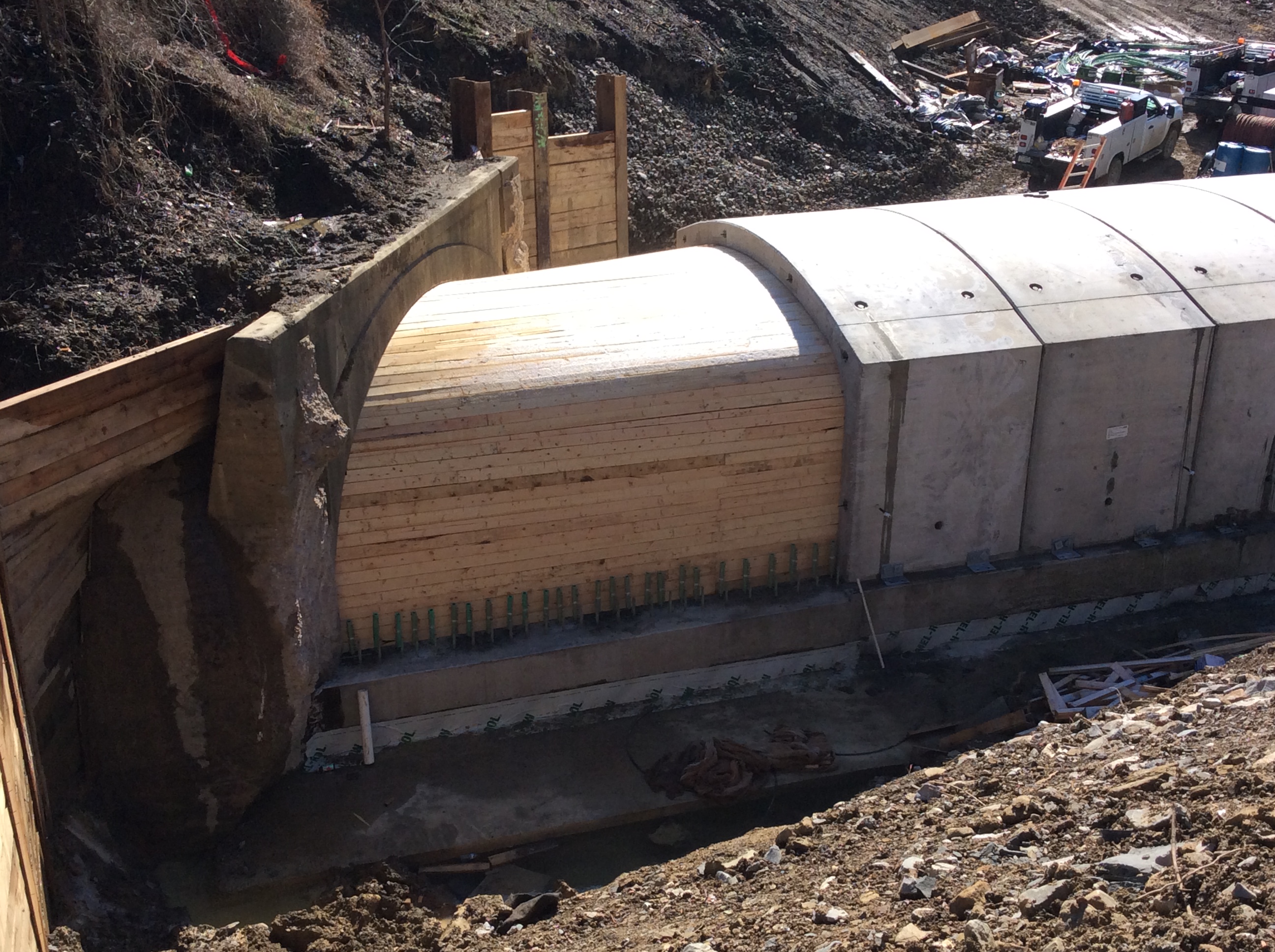 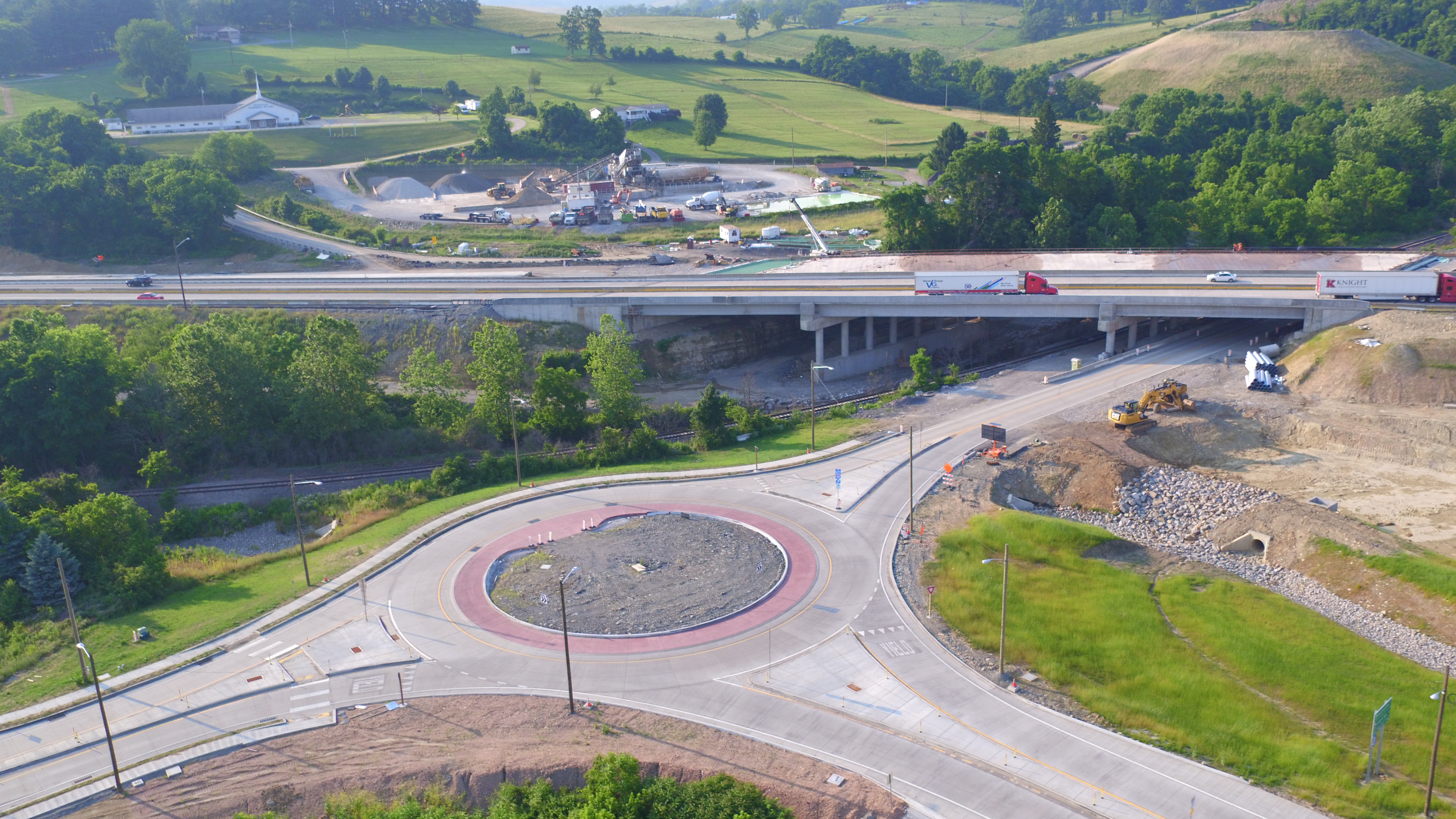 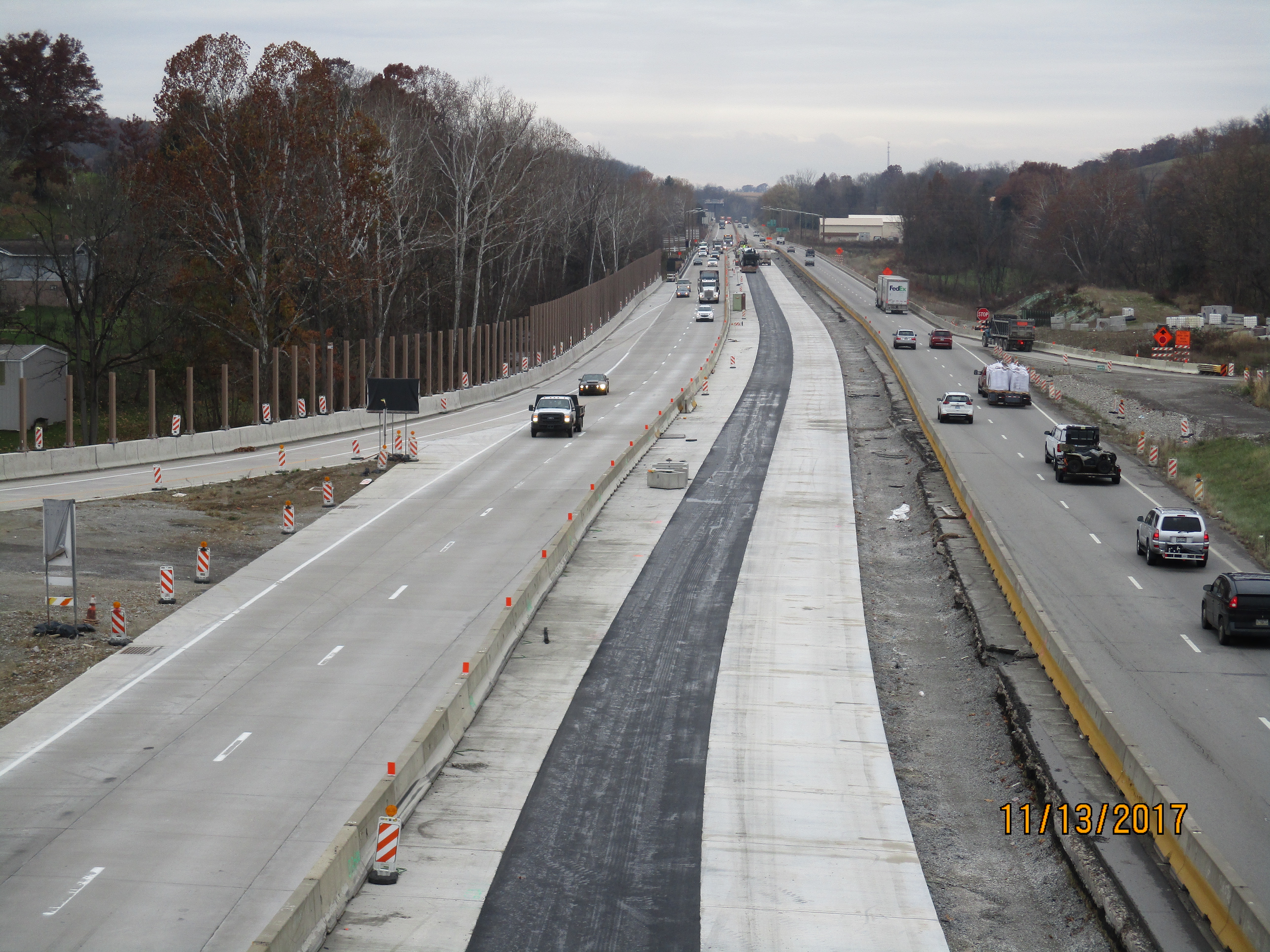 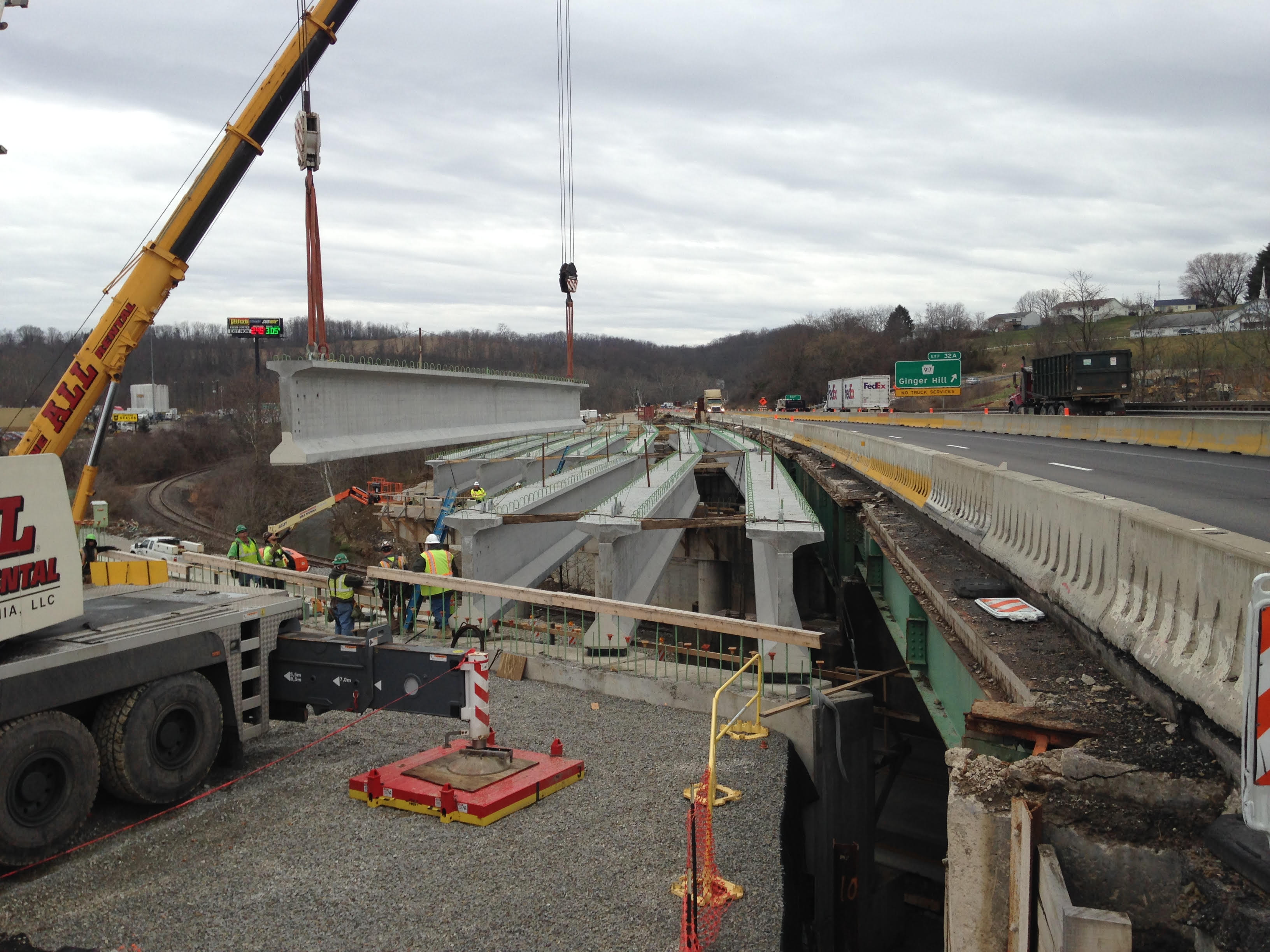